Welcome to the Design Thinking 101 podcast! I’m Dawan Stanford, your host. Artemio “Arty” Rivera, a former designer at 3Pillar Global and current UX Lead at Capital One as well as a leader at Design Thinking DC, joins me today to talk about the learning experiences that grew his career, his insights from applying design thinking, and much more.
When Arty was a child, he started sketching spaceships, aliens, 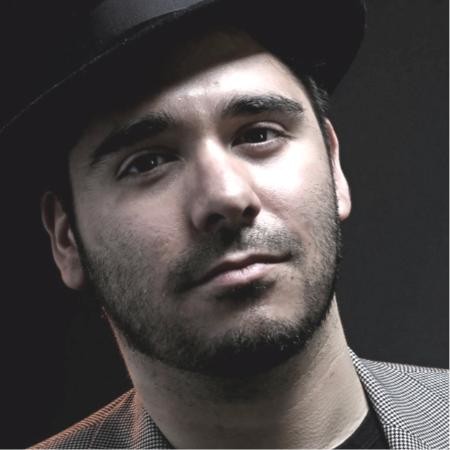 and dresses. Later, as a teenager in 10th grade, he did a personal project in which he learned to make a website and got his first serious taste of technological design. In college at Stanford, he stumbled into the product design program at the d.school. Upon learning that he could do engineering and sketching in on major, he switched to studying product design.

After graduation, he found a job in DC working as a UX designer. In our conversation, you’ll learn about how the beginning of his career went, and some of the early challenges and achievements he experienced. His first lesson, he explains, is how hard it is to convince an organization that designers and developers need to meet with the people they’re creating software for.

Arty reveals in our conversation that if he could go back in time and give his younger self advice, it would be simply to “be more flexible.” When he first joined 3Pillar Global, he had a fixed idea of what design thinking should look like. Over time, he came to understand that it’s important to be conscious of how you apply the best practices to adapt to the client’s priorities and needs.

We’ll spend some time chatting about the incredible Meetup group Design Thinking DC (or DT:DC) and the Summer of Design, which was created by DT:DC members. Arty will also share his thoughts on key topics such as how to talk to community partners about getting involved with a design project, and what he would tell an organization hiring a designer or design firm for the first time. Tune in to learn all about this, and much more.

[01:20] Arty starts off the conversation by talking a bit about his background and his path to where he is now.
[08:08] Coming from his perspective, what were some of the early challenges that Arty had to wrestle with in his career?
[10:21] We hear about Camellia George, a fantastic manager who Arty had early in his career.
[13:22] Arty talks about how he grew as a designer from the point he has been describing.
[16:00] How did Arty see the shift in the perceived value of design? He answers, then talks about where he is now.
[21:14] Arty discusses the differences between the way he approaches design now and the way he did earlier in his career.
[26:50] We hear Arty’s thoughts on how to get the needed level of trust and access to sensitive conversations.
[32:00] What message would Arty send to his younger self in terms of what he should expect in terms of applying design, if he was able to?
[34:23] Arty goes into more depth about what Design Thinking DC is. He and Dawan then chat about how they met.
[40:55] We learn about the Summer of Design, and how it came to be.
[45:53] What are some of the key things that Arty would tell someone to make sure they communicate to get a community partner to be involved with a design project?
[48:25] Arty talks about some of the impact that the Summer of Design teams have had in working with community partners.
[51:46] Dawan points out that this is a volunteer activity by the DT:DC leadership.
[53:43] How has Arty seen non-designers or people who are new to design get to the next level?
[56:17] If there were one message that Arty could communicate to any organization hiring a designer for the first time, what would it be?
[60:26] Arty digs deeper into the starting point if you’re already looking at transforming your organization.
[63:18] Where can people find out more about Arty and his work? He talks about his work at 3Pillar, as well as introducing his other project, ConSpot.

Register
← Problem Spaces, Understanding How People Think, and Practical Empathy with Indi Young — DT101 E6 Coaching and Leading Design Teams, Key Design Methods and How Coaching and Design Thinking Converge with Rebecca Horton — DT101 E8 →
We use cookies to provide you with better experiences and allow you to navigate our website.
By clicking “I ACCEPT”, you consent to our use of cookies in accordance with our Privacy and Terms and Conditions Policies.
I ACCEPT
Privacy & Cookies Policy