Democracy as a Design Problem with Whitney Quesenbery — DT101 E68

Designing Elections? Yes! Whitney Quesenbery and I talk about designing elections, designing in government, and the future of election design. We dive deep into the world of elections, and Whitney’s and the Center for Civic Design’s work to help election officials nationwide design better elections. 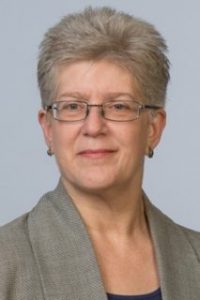 Whitney had two careers before she landed in civic design. She had a professional career in theatre for a number of years before a friend asked her to write a product manual. That led to a shift into writing, and she worked for a number of large organizations creating and documenting content. In 2000, Whitney ended up on a federal advisory committee writing voting system standards, which led her into civic design and to what she calls her “last great adventure” founding the Center for Civic Design.

Listen to learn about:

Whitney Quesenbery is the director of the Center for Civic Design, solving democracy as a design problem and improving the voter experience. She combines a fascination with people and an obsession to communicate clearly with her goal of usable accessibility for all. She’s written 3 books — A Web for Everyone: Designing accessible user experiences, Storytelling for User Experience, and Global UX — to help practitioners keep users in mind throughout the creative process.

[01:32] Whitney talks about her three careers.
[04:12] Whitney’s co-founding of the Center for Civic Design.
[05:37] The challenge of applying the methods of design to elections.
[07:00] Government election workers don’t tend to see themselves as designers.
[08:19] How to bring non-designers comfortably into design work.
[08:42] Whitney talks about the Center’s founding project in California designing voter guides.
[11:24] The importance of public review and iteration to the success of the project.
[13:55] How Whitney’s work has evolved over the years.
[14:35] Ways the Center changed its user research to ensure diversity.
[16:14] Collaborating with other organizations.
[17:26] Whitney talks about the 2020 election and the future of the Center’s work.
[18:52] The Center’s work on mail-in voting before and after the election.
[20:53] The importance of street-level bureaucrats in the running of elections.
[22:22] How ordinary Americans showed up and volunteered to help run the 2020 election: registering voters, poll workers, ballot counters, etc.
[23:34] Whitney talks about designing in ways to encourage volunteerism in elections.
[24:45] The “public square” concept in elections.
[25:08] Whitney shares one story as an example of the ways information (and misinformation) can affect elections and how people vote.
[27:48] Opportunities for local leaders to help design elections.
[28:11] The importance of the day-to-day, “everyday” work and effort.
[31:44] Service design and the “gentle disruption” part of Whitney’s work.
[34:58] Whitney offers advice and encouragement for local election officials thinking about working with a designer.
[35:31] The Center’s Field Guides to Ensuring Voter Intent.
[37:23] More about the Center’s work.
[38:03] The Center’s online Election Design course at the University of Minnesota.
[39:53] The difference between Big D Design and little d design.
[40:14] Whitney talks about a project for the Department of Health and Human Services.
[42:55] How the Center is building a team with the right skills.
[45:03] The future of the Center for Civic Design.
[48:45] Resources for people interested in civic design, civic tech, and election design.
[53:03] Where to find out more about Whitney and the Center for Civic Design.
[53:16] The Center for Civic Design’s Irregulars List
[54:09] Ways you can support the Center for Civic Design’s work.

Whitney on LinkedIn
Whitney on Twitter
Whitney on Women Talk Design
Whitney on UX Matters
Whitney’s personal website
Whitney’s presentations on Slideshare
Center for Civic Design and their 2020 Annual Report
Center for Civic Design on Twitter
Election design course, online, at Election Academy!
Field Guides to Ensuring Voter Intent from the Center for Civic Design An invitation to redistricting
Designing ballot cure forms that invite voters to act
Minnesota gets new polling place signage with help from design students
ElectionTools.org
UX Magazine: Book Excerpt: A Web for Everyone, by Sarah Horton and Whitney QuesenberyAccessible Elections: Are we there yet?
STC Summit Interview with Whitney
Designing our civic life: can paying taxes be delightful?
Design as a Civic Responsibility
Whitney Quesenbery with Tala Schlossberg, NY Times (October 29, 2020): Good design is the secret to better democracy (Ballots are broken. We redesigned them.)
ConveyUX: Writing great persona stories
ConveyUX: Content for Everyone: Making information accessible
18F Blog: Delivering civic technology
Book Recommendation: A Web for Everyone: Designing Accessible User Experiences, by Sarah Horton and Whitney Quesenbery
Book Recommendation: Storytelling for User Experience: Crafting Stories for Better Design, by Whitney Quesenbery and Kevin Brooks
Book Recommendation: Global UX: Design and Research in a Connected World, by Whitney Quesenbery and Daniel Szuc
Book Recommendation: A Civic Technologist’s Practice Guide, by Cyd Harrell
Center for Civic Design Irregulars List: when we need extra help on a project, from running flash usability tests to collecting data on local election information, we turn to our extended community: Join the list
So you want to serve your country: A (biased) guide to tech jobs in federal government

How to Support the Center for Civic Design

Donations to support our work are gratefully accepted and are tax deductible. We accept donations:
Through PayPal as centerforcivicdesign@gmail.com
By mail at: 5443 Tates Bank Road, Cambridge, MD 21613
You can also sign up to support us at Amazon Smile